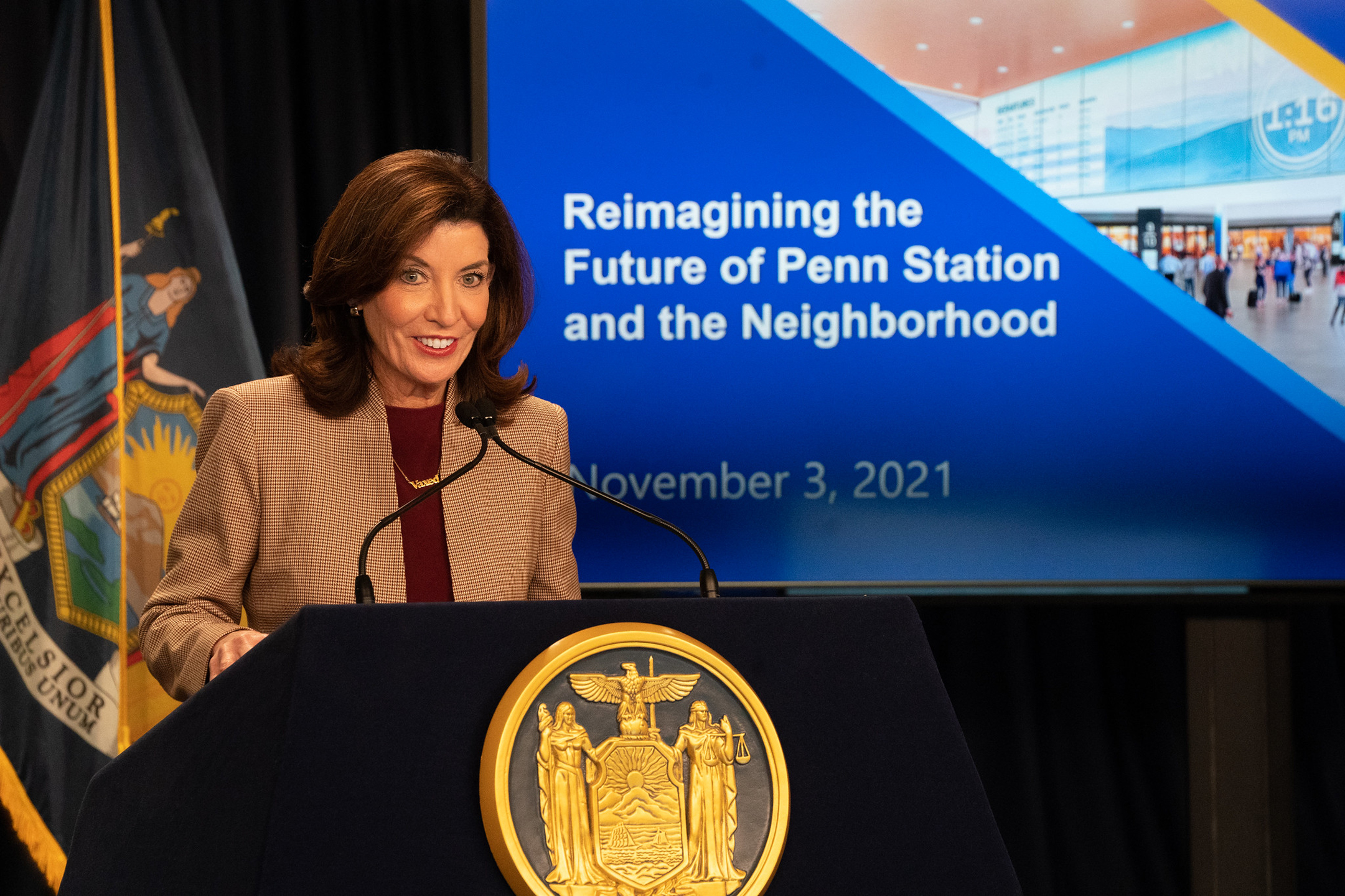 Governor Hochul today unveiled her vision for a new commuter-first world-class Penn Station and revitalized surrounding neighborhood that reflects the community's needs and focuses on public transit and public realm improvements. The plan prioritizes the reconstruction of the existing station while the station expansion and the Gateway Project initiatives, both of which the Governor strongly supports, continue on their federally-established timelines. Governor Hochul's new plan thus allows the expedited reconstruction of the existing Penn Station, 60% of whose users are subway and LIRR riders. The new neighborhood plan comes after several months of collaboration and more than 100 meetings with community stakeholders, government agencies, and elected officials to improve on past plans and establish a new way forward. The plan announced today will also be subject to further public review and today's announcement is part of a larger public process that remains ongoing.